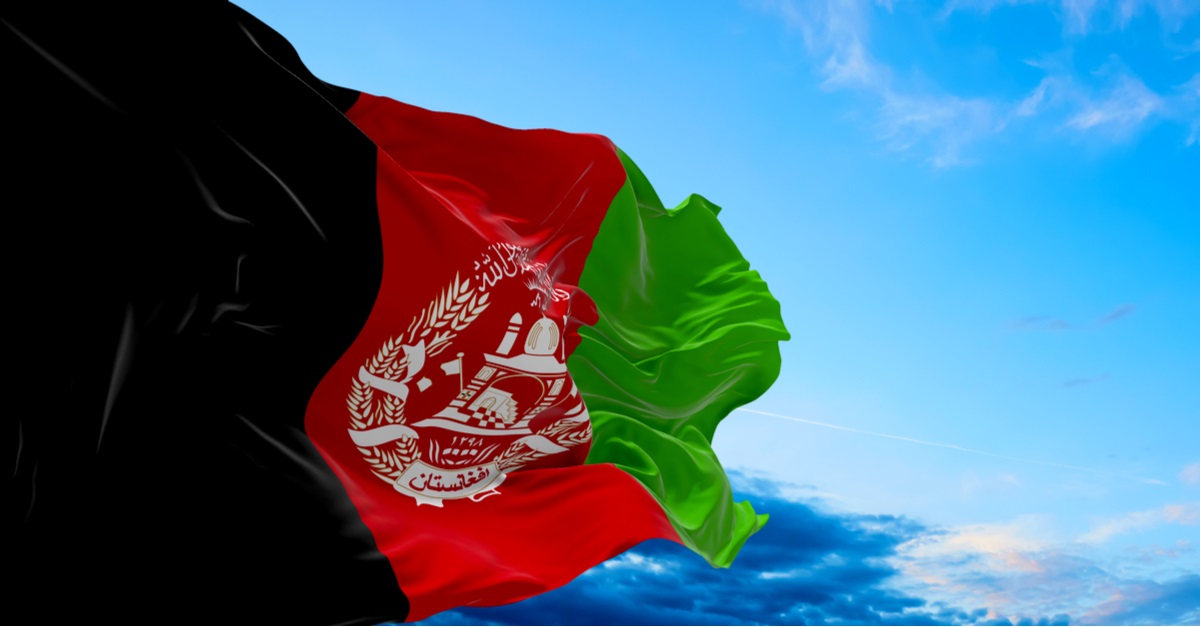 Afghanistan has been an unwilling victim of war for decades. I am appalled by the things the Afghanis suffered and what they will have to suffer. It seems as if nobody that got to rule Afghanistan had its best interests at heart. Neither the Russians nor Americans and not even the Afghani government was good for Afghanistan. The Taliban have been a plague gifted by the USA and Pakistan to Afghanistan. The two countries helped train and arm the militant group to fight the Soviet Nation that occupied Afghanistan. Let’s start at the beginning.

In December 1979, the Soviet Union sneakily took over Afghanistan. They invaded Afghanistan by giving the impression that they were upholding the Soviet-Afghan Friendship Treaty 1978 (History.com Editors, 2018). It just took the Soviets a few days to get Kabul. The Afghan army tried their best but, in the end, the Soviets were too strong for them, and the Afghans were defeated. The real problem that the Soviets faced was when they tried getting hold of the countryside. Afghan resistance fighters, known as the mujahidin, fiercely fought against the Soviet army. They viewed the Soviets as defiling their nation because they were atheists and Christians. The Mujahidin declared jihad against the Soviet Union forces which helped them gain the support of other Islamic countries. You may have heard of the famous guerrilla tactics that the Mujahidin employed to fight the Soviets. They were fierce. With whatever weapon they could get their hands on, the Mujahidin fought the Soviets. The table tipped in Afghanistan’s favor when the United States gave the Mujahidin shoulder-launched anti-aircraft missiles. With the help of the Stingers, the Mujahidin shot down many Soviet Union helicopters and planes.

Why did the Soviet Union Leave?

After the Taliban takeover, the United Nations Security Council adopted Resolution 1267 (Council on Foreign Relations, 2021). It imposed sanctions on the funding, arms shipments, and travel of the Taliban. They linked Taliban and al-Qaeda together and branded them as terrorist entities. The reason behind this was that the Taliban gave al-Qaeda sanctuary for their operations. On 9th September 2001, the commander of the Northern Alliance, an anti-Taliban coalition, Ahmed Shah Massoud was assassinated by al-Qaeda. His death was a very big loss for the anti-Taliban resistance. It is said that his death was the curtain-raiser to the events of 9/11.

On the date that no American has forgotten, September 11, 2001, four commercial planes were hijacked by al-Qaeda operatives, and they were crashed into the World Trade Center in New York and the Pentagon in Washington, DC. One plane crashed in a field in Shanksville, Pennsylvania. These attacks took the lives of three thousand people. The interesting thing is that none of the hijackers were Afghan nationals. Some hijackers were Egyptians and others belonged to Saudi Arabia. 9/11 angered all Americans to such an extent that President George W. Bush waged war on terrorism. He ordered the Taliban regime to deliver the leaders of al-Qaeda to the US authorities or share the same fate as them (Council on Foreign Relations, 2021). This was meant to be a quick and decisive show of force, but it stretched into a long and deadly war (Squires, n.d.). On 7th October 2001, the U.S. military began a bombing campaign against the Taliban. Many western countries, such as Canada, U.K., Australia, France, and Germany pledged their support to the campaign against terrorism. I understand why the anti-Taliban campaigns started but all western countries completely discarded the collateral damage done to Afghanistan and its people. It took the United States only two months to topple the Taliban.

After that, from 2002 to 2008, the U.S. focused on defeating the Taliban militarily and rebuilding the core institutions of Afghanistan (Witte, 2019). The next phase started after President Barack Obama’s decision in 2009 to increase the number of U.S. troops in Afghanistan. The reason behind increasing the number of troops was to protect the Afghanis from the Taliban attacks. With this strategy, the United States also gave a date for when they would withdraw their troops from Afghanistan. The U.S. planned to transfer all the responsibilities to the Afghan military and the police. This was a complete failure. The number of civilian causalities would appall and disgust you. The Afghan military and police units were not prepared at all to fend against the Taliban.

In 2005, the violence by the Taliban increased. They realized that just fighting U.S. and NATO forces weren’t inflicting enough damage, so they shifted their tactics. They resorted to suicide bombings and buried bombs, known as IEDs. It caused so many deaths. Can you believe Afghanistan suffered 64 suicide attacks in just one year? At the start of these attacks, they weren’t many casualties but with practice and better explosives, the number of deaths exponentially increased. In one deadly attack, 70 people lost their lives and amongst those 70, many were children (Witte, 2019). A year after that attack, a bombing at the Indian embassy in Kabul took the lives of 50 people.

The afghani government placed the blame on Pakistan for that attack. Afghanis started nurturing anti-American and anti-Western feelings especially due to the extremely slow pace of reconstruction, the corruption in the Afghan government, allegations of prisoners being abused in U.S. detention facilities, and the many civilian deaths due to U.S. and NATO bombings. The event that lit the spark for many violent anti-American riots in Kabul happened in May 2006. A United States military vehicle crashed and took the lives of many locals. The riots that resulted after this incident was the worst since the war started. After this, the United States made an official statement that they will play a lesser role in Afghanistan. In 2009, Obama approved sending additional 17,000 U.S. troops in order to implement a new strategy that was focused on protecting the locals from the Taliban rather than just killing as many Taliban they can. The U.S. also started trying to convince the Taliban to defect and tried to encourage reconciliation between the Taliban and the government (Witte, 2019).

Osama Bin Laden, the leader of al-Qaeda, who had evaded the U.S. multiple times was finally tracked down on May 2nd, 2011, in a secure compound in Abbottabad, Pakistan. This was a very big victory for the United States. At the beginning of 2012, the tensions between the U.S. and the Afghan government were at their peak due to a series of incidents. First, in January, a video was leaked which showed U.S. Marines urinating on the dead bodies of Afghans. The United States’ officials apologized a lot but obviously, it did little to soothe the anger of the Afghan people. A few weeks after this incident, another disturbing thing came to public attention. There were reports of U.S. soldiers burning the Quran, which is the Holy Book of Muslims like the Bible is for Christians. Many more such incidents took place which drove Afghanis to hate American presence on their soil.

On December 28, the U.S and NATO formally ended their mission in Afghanistan. They left 13,000 troops behind to train and support the Afghan troops till they completely withdraw from Afghanistan. Unfortunately, all the efforts and resources the U.S. spent on the Afghan military went to waste. After the U.S. troops left Afghanistan, the Taliban took over in a matter of days. They faced little to no resistance.

Who is to blame for the current situation?

The current situation in Afghanistan has led to many people asking who is to blame for the situation. I know that most people think it’s the Taliban who are responsible for the current economic, nutritional, and health crises in Afghanistan, but I believe it’s not that simple. If you view history, you can easily see that the Taliban was created by the U.S. to fight the Soviets. Afghanistan was just the battlefield for the two world powers, and it suffered the repercussions for its actions. Even the Taliban are a product of that war. Another important thing that Joel Charny, vice president for policy for Refugees International, pointed out was that the imposition of resolution 1333 led to more problems (Afghanistan: who is to blame? | ENN, n.d.). The sanctions that the UN-imposed on them played a big role in changing the Taliban from the heroes of Afghanistan to the terrorists.

The possible effect on Pakistan

There are conflicting views on how Pakistan feels about the incoming Taliban government in its neighboring country. Some are happy because it is good for Pakistan regarding the India issue. The USA has mostly sided with India which always put Pakistan in a tough spot and now that the U.S. influence has left Afghanistan, India is put under pressure and Pakistan’s position has improved. Another reason that it is said that Pakistan is happy to see the Taliban in Afghanistan is that the ISI was key in the creation of the group in the 1990s (Shah & Shah, n.d.). Allegedly, the ISI has even helped the Taliban after the U.S. declared them as a terrorist group. Pakistan has suffered greatly due to the instability in Afghanistan. When Afghan refugees migrated to Pakistan, Pakistan’s already challenged economy suffered greatly. The porous borders between the two countries allowed drug trafficking as well (4 Reasons A Taliban Takeover In Afghanistan Matters To The World, n.d.). So, if the Taliban wreak havoc as they did before, Pakistan will suffer the consequences as well.

Another major worry of the Pakistani people is the resurgence of the Deobandi Pakistani Taliban known as the Tehrik-e-Taliban Pakistan. This group wanted to overthrow the Pakistani government. It also planned and committed many suicide bombings in Pakistan and killed countless Shia Muslims in target killings due to sectarian differences. The leaders of the Pakistani Taliban escaped to Afghanistan after the Pakistani military launched a major offensive towards them in 2014. Nobody can say with full certainty what will happen to Pakistan due to the Taliban-ruled Afghanistan. In the end, it depends on how the Taliban wish to rule Afghanistan and what sort of ties they wish to have with their neighboring countries.

4 Reasons A Taliban Takeover In Afghanistan Matters To The World. (n.d.). NPR.org. https://www.npr.org/2021/08/14/1027375958/taliban-afghanistan-takeover-the-world-humanitarian-china-pakistan

Shah, A., & Shah, A. (n.d.). What Will Happen to Afghanistan and Pakistan’s Uneasy Border? Carnegie Endowment for International Peace. https://carnegieendowment.org/2021/08/13/what-will-happen-to-afghanistan-and-pakistan-s-uneasy-border-pub-85152 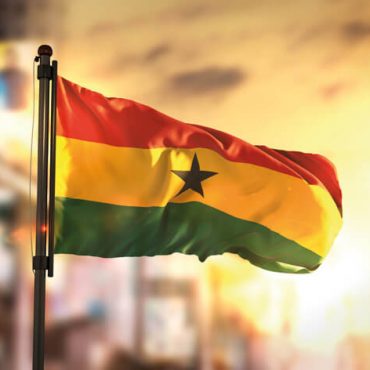 If you have not heard of Ghana’s fast progress, you might be the only one. Dubbed as the second strongest economy in Africa, Ghana boasts of being one of the more stable countries in a land where political unrest reigns. Since Ghana transitioned to multi-party democracy, it has been free to establish its democracy which is a continuation of Ghana’s strong history paying homage to the fact that it is […] 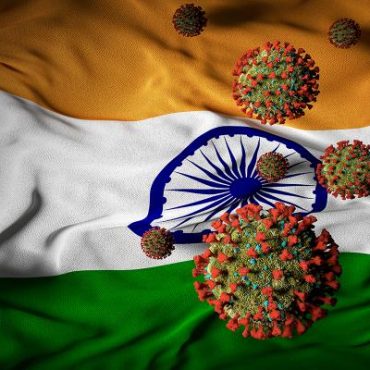 India and the battle against covid