U.S. first lady Jill Biden has arrived in Romania to begin a five-day trip that will also take her to fellow NATO member Slovakia as part of Washington’s efforts to show support for allies in the region amid Russia’s war against Ukraine.

Biden arrived on May 6 at the Mihail Kogalniceanu Air Base near the Romanian city of Constanta and about 100 kilometers from the border with Ukraine.

Many of the thousands of U.S. troops who have been deployed to Eastern Europe in recent months are stationed at the base.

Following her visit with U.S. service members, Biden will head to Bucharest, where on May 7 she will meet with members of the Romanian government, U.S. Embassy staff, and teachers working with displaced Ukrainian children, the statement from her office said.

While in the capital, Biden will meet with Romania’s first lady, Carmen Iohannis, to “express her gratitude for Romania’s generosity and support for Ukrainian refugees,” Biden’s office said.

Her trip also includes a visit to the Slovak capital, Bratislava, to meet with government officials and U.S. Embassy staff.

Prior to departing on her trip, Biden said on Twitter that she was “on my way to Romania and Slovakia to spend Mother’s Day with Ukrainian mothers and children who were forced to flee their homes because of [Russian President Vladimir] Putin’s war.”

“I will also visit U.S. troops and express gratitude for the relief efforts of neighboring countries and aid workers.”

Almost 5.5 million people have fled Ukraine since Moscow’s invasion on February 24, according to the UN’s refugee agency, the UNHCR. Morocco arrests IS suspect in joint probe with US

Morocco’s anti-terrorism police have arrested a man suspected of being enrolled in the Islamic State Jihadist organisation with a view to carrying out "terrorist acts" in Morocco, in coordination with the US FBI. The suspect, operating in Berkane (north-east of the country), would be involved "in the preparation of a terrorist project aimed at seriously undermining public order," the Central Bureau of Judicial Investigations (BCIJ) said in a statement. "The […] 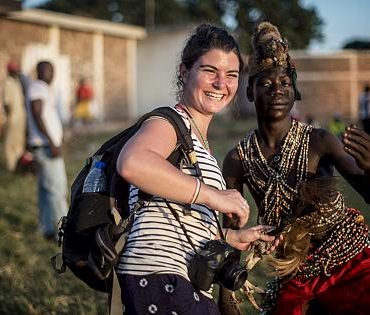